I hope you are staying cool during this heatwave. Ever since the budget passed (more on that below), I’ve been trying to keep cool myself and take a bit of a break. However, no rest for the weary and our next Council meeting is coming up this Monday. Here are a few updates on that and more going on in the community.

I’ll resume with our traditional Town Hall meetings this fall, but for this Summer I wanted to listen to those of you who asked for a more informal gathering of our Ward 7 community, in the hopes of building more identify and cohesion in our Ward. So my team and I have spoken with the Annapolis Maritime Museum, and they will be allowing us to hold an outdoor gathering at the Ellen O. Moyer Nature Park at Back Creek, complete with food and music. We are still working on details, but we may have a Ward 7 musician showcase as well. This will occur on July 31st from 6-8:30pm, so please save that date in your calendar. I’ll likely send out an email next week with a flyer and a request for help on spreading the word.

At our last meeting we passed the Annapolis FY20 budget, by a 6-2 vote. I ended up voting for the budget. I’m not happy with my decision, as there was much I didn’t and still don’t like about the passed budget, such as the 20+ newly funded staff, the unsustainable reliance on long-term debt, and the fact that it runs contrary to at least one of our adopted financial policies. I can’t justify it, as I’m not entirely sure I made the right decision, but I can attempt to explain my thinking at the time. At the end of our 10 hour marathon meeting, we had fought over many, many amendments to the budget (some listed below), with a majority of these amendments coming from me in an attempt to make the budget better in the likely scenario where it would pass. Some of these votes on amendments were lost, some were incredibly close, and some even had to be reconsidered (i.e. brought back for a vote) after I had a chance to lobby my colleagues more. Overall, however, most of my amendments passed. After all of that torturous effort, which largely sided in my favor, I felt torn over voting no on the whole thing, and at the last minute decided to support it, not wanting to go through that process again with a brand new budget. Was that the right decision? Perhaps, or perhaps not, but all I can do is move forward with what was passed.

I had attempted to address some of the larger issues I mentioned (staffing, long-term debt, financial policies) at some of our work session meetings, and I even went to our Financial Advisory Commission meeting to specifically talk to them about these things. First of all, at the work session, it was clear that besides my colleague from Ward 8 and 2, there was not enough support on the Council to address these larger issues. I attempted to secure a vote that would simply ask our professional staff for a scenario on how we can reduce our reliance on long-term debt (which would have said “no” to many of the new staff positions), but that attempt failed. It’s something I’m going to have to continue to work on over the course of the next year and beyond. My conversations with our Financial Advisory Commission revealed that they too had concerns, but for whatever reason they failed to take any action on them as well. I hope to continue a discussion with them in the future about how to address these issues and learn more about why they didn’t raise a red flag earlier.

Here are some of the things I was able to get changed in the budget via amendments:

One of the big losses was when the Council voted against spending $6,000 to improve transparency by recording our Board of Appeals and Planning Commission meetings. However, I will be reintroducing something along these lines in the future.

Here are some of the other good things contained within the budget:

Overall, I was and am quite frustrated with the budget process this year. The budget turned over the Council (and the public) in April was incomplete and even as passed did not contain projections for future years. Furthermore, it contained some reorganization proposals (such as the proposal to dissolve the Environmental Office) that none on the Council supported; moreover, proposals the Mayor himself didn’t even care strongly about! They were inserted into this budget by the City Manager, without consulting the entire Council. Having such proposals be intertwined in the budget made it incredibly difficult to amend the budget, because so many changes had to be reversed, which also had financial implications that had to be reversed. But perhaps that was the intention. I’m hoping a more collaborative approach can be taken next year, and I’ll see what may need to get changed in the Code to accomplish this and tweak the overall process in the future.

Council meetings are held at 160 Duke of Gloucester St (2nd floor) at 7pm.

Lecture on place-making and mobility in an autonomous vehicle world

Historic Annapolis is very pleased to partner with the City of Annapolis on the 'Reimagining City Dock' lecture series as an extension of the many conversations resulting from the City Dock Advisory Committee effort. The next lecture will feature Dr. Tim Chapin, Dean of the College of Social Sciences and Public Policy at Florida State University, at Maryland Hall, July 16th at 7:00. Dr Chapin will be speaking on place-making and mobility in an autonomous vehicle world. 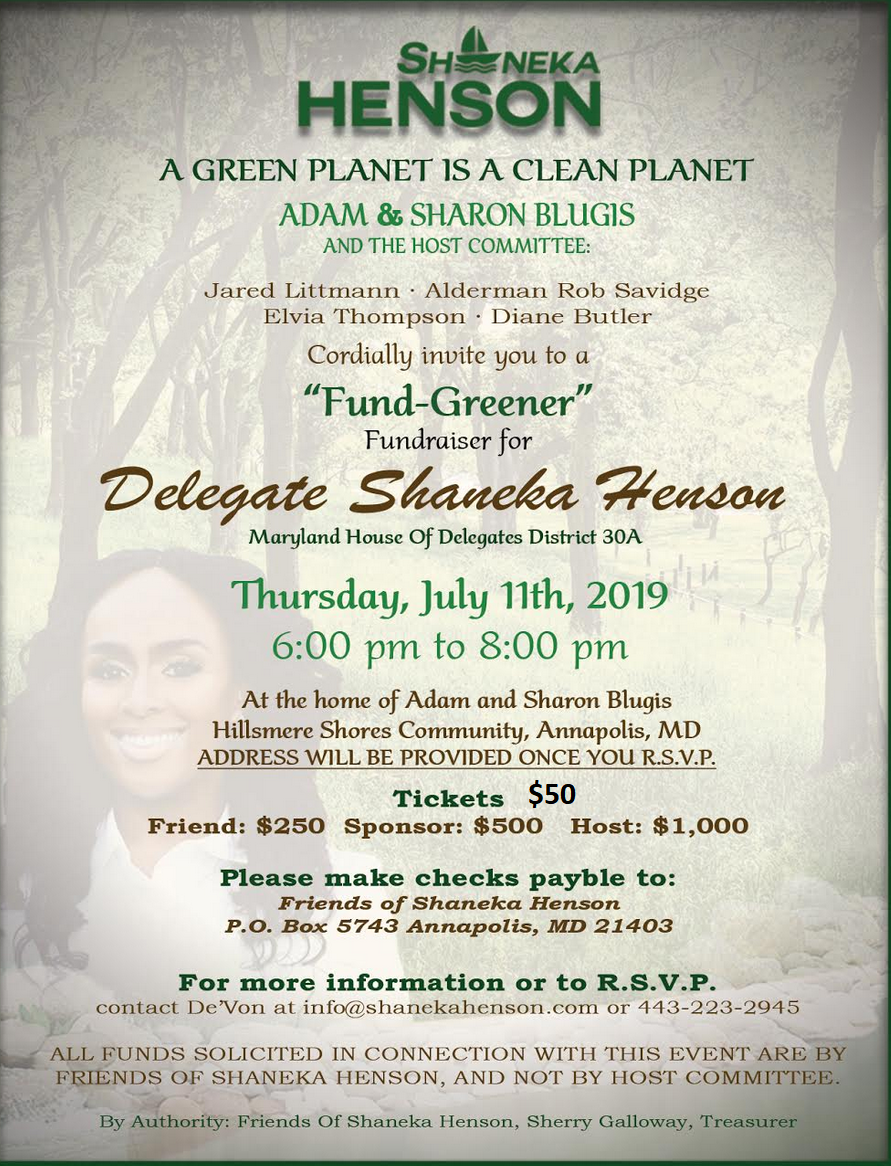 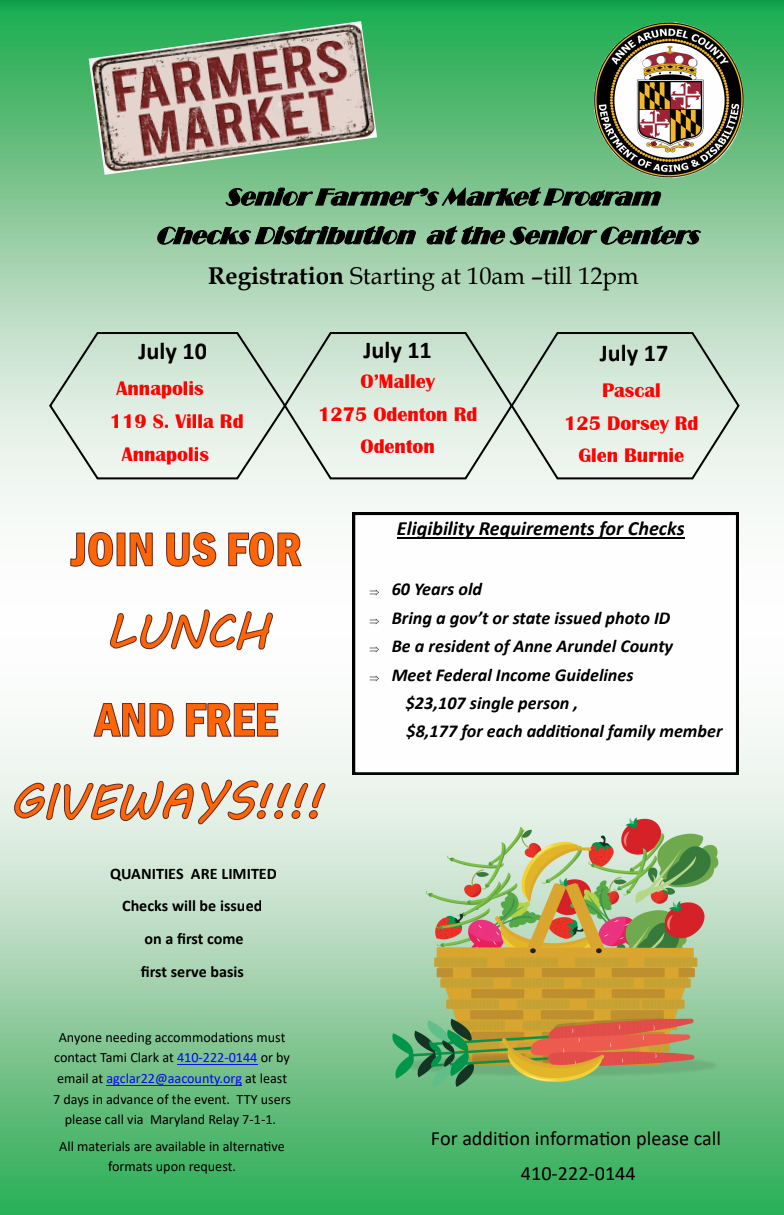