This Monday’s Council meeting looks a bit light. There are a number of things up for public hearings but nothing controversial or monumental, with the exception of the nomination below.

We will be voting on recommending the appointment of Mr. Luke Griffin to serve as the Annapolis representative on the County Police Accountability Board. You can view his resume or letter. After hearing Mr. Griffin speak at the last Council meeting, I’m inclined to support his nomination, pending any comments from you.

I’m proud to endorse Brooke Lierman for MD Comptroller. I got to know Brooke because we were both pushing for legislation to ban styrofoam and reduce plastic bag usage. She was doing so as State Delegate in the General Assembly and I was doing so for the City. This has earned her the coveted Sierra Club endorsement. She is one of the most grounded politicians I’ve had the pleasure to meet, with a desire and proven ability to stand up for her constituents and do what is right. She will be an excellent Comptroller. 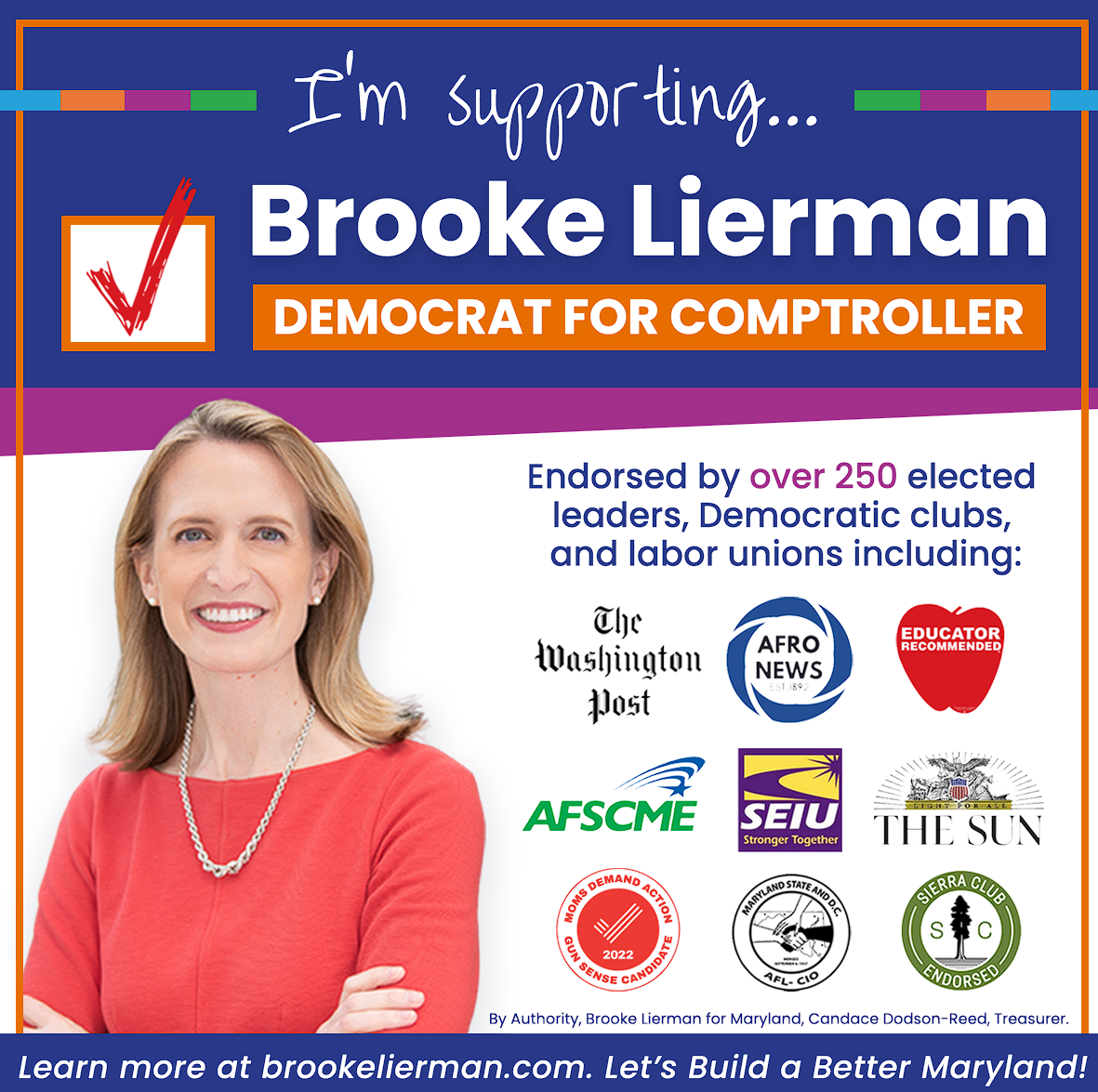