Happy Thanksgiving! I hope you were able to spend some quality time with your family.

We don’t have too much action to take at Monday’s Council meeting, but I did want to brief you on some important issues before us.

Apartments and hotels coming to our residential neighborhoods?

First of all is O-40-22, which is titled “workforce housing” but in reality, what it seeks to allow is below market rate (BMR) housing in virtually all of our zoning Districts. I wholeheartedly support encouraging more BMR housing (as I’ve done for years with our Moderately Priced Dwelling Unit program), but the way this legislation would accomplish that goal undermines and seeks to avoid our typical process for what amounts to re-zoning, in that it would allow “apartment hotels” and “multi-family dwelling units” in every single zoning district (except maritime and industrial) in the City without the normal robust community dialog and notification. It does this by making “workforce housing” a permitted use in all districts subject to the standards of the B-4 district, which allows the apartments and hotels I mentioned. What this means is, a developer could buy up a few lots/houses in an R1-R3 residential neighborhood and build a dense multi-family housing complex like an apartment or hotel. I’m not opposed to increasing density in areas where it makes sense, and as long as it’s done in a deliberate way with actual planning following a robust public process. You can look to Ward 7 for ways in which this has been done well, with single family homes next to duplexes, next to town homes, next to apartments. But this legislation, if passed, would take the planning, and much of the public transparency/participation, out of the process, given that I’m not clear on if such re-development would be considered a major site design that would need to go to the Planning Commission for a public hearing, and which the neighbors would need to be notified. We have also been told by our Planning & Zoning Department that this legislation is aimed at encouraging workforce housing with 60+ units, but there doesn’t appear to be any “guard rails” or constraints on this legislation to prevent such dense development from happening on smaller lots in a residential districts. I’ll be working to create such “guard rails” as I dig into this legislation.

I know in my neighborhood, we have an issue with one non-owner occupied short term rental contributing considerable traffic, noise, and general disruption to our quality of life (more on this below). Now imagine if we have to worry about an apartment complex being built in the middle of our neighborhood?! Dense housing should be deliberately planned where the infrastructure can support it and where the neighbors have been consulted. Not done in this haphazard way proposed with this legislation.

If you have thoughts on this legislation, the public hearing has not yet been scheduled before the Council; however, it is currently before the Planning Commission, who is holding a virtual meeting on December 1st at 7pm. You can sign up to provide live testimony or submit written here.

I mentioned my neighborhood is having an issue with what was an unlicensed short term rental (STR) that is NOT occupied by the owner (non-owner occupied), which is contributing more noise and traffic than we are used to. They finally got a license but then it was found that there are three owners of the property who also own two other STRs in the City, who are clearly trying to find ways around our existing STR regulations, which prohibit any one person or entity from owning more than one short term rental. The intention of that provision is to prevent circumstances like this, where out-of-City (or out-of-state in this instance) investors buy up residential properties and convert them to STRs, and to ensure that there is local ownership and more importantly local accountability (i.e. we can speak to our neighbors directly about issues). I’m working on legislation to address this immediate attempt to skirt our laws, to be followed by another piece of legislation that will essentially be making non-owner occupied STRs be considered businesses. When you look at it, STRs without the owners are hotels/inns. Such properties do not serve the community or residential neighborhood, but instead support tourists visiting our town, which then makes it a business. My planned legislation would have non-owner occupied STRs needing to apply for a special exception (with a public hearing/notification process) if they want to locate in a residential neighborhood. I’m still working on the details of both pieces of legislation with our law office but I hope to get something introduced before the new year.

I’d like to discuss some of these issues with you on December 5st at a Ward 7 Town Hall meeting at the Eastport-Annapolis Neck Library from 6:30 to 8:30pm.

This Council meeting is starting at 7pm and will be televised on local cable, YouTube, Facebook, and the City website.  You can submit public testimony at http://www.annapolis.gov/testimony. This will be an in-person meeting. 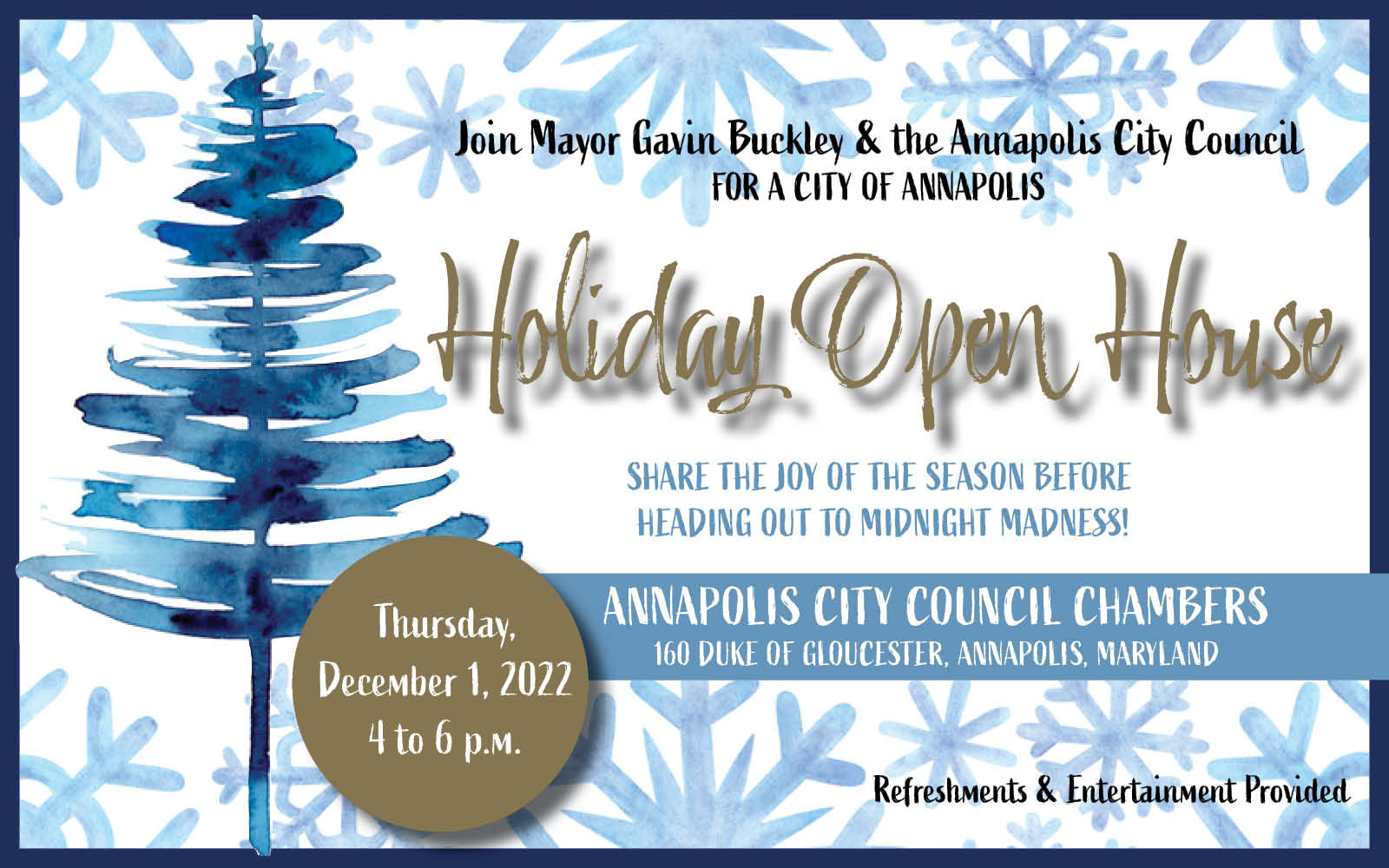 Would you like to own a Moderately Priced Dwelling Unit (MPDU) in Annapolis?