At this Monday’s Council meeting, we will be voting on whether or not to ratify the Union agreements. I will likely be voting no, in light of the Financial Advisory Commission’s comments and recommendations (see below under R-35-22). Without corresponding cuts or a new revenue stream, we simply can’t afford this. While we can pay for this in the short term with COVID relief funds, in 2 or so years we will be in a bind without action taken because those one-time-use funds will be expended. This agreement sets us up for failure. One of the reasons it is so high is because of a 20% increase in police salaries to boost recruitment and retention. While I support that effort given that our existing officers are working double shifts, we need to find a dedicated funding source and also need to look at reimagining policing so that we can determine if we need so many armed officers and to see if we can reduce crime by spending on social services instead.

We will also be voting on deputizing the Mayor’s boat, and have a public hearing on a Resolution impacting arts funding.

David was a long-time Ward 7 resident who had a 40-year career in international development, touching numerous lives along the way. He and his wife, Lisa Borre, sailed throughout the world, writing a sailing guide together for the Black Sea. Locally, he was incredibly active advocating for the environment, was a founding member of the Back Creek Conservancy (now merged with the Severn River Association), and was the driving force behind getting Annapolis waters designated as a No Discharge Zone. He will be missed.

We lost our dear Guy Shaffer, a Bay Woods resident, last month. He was a retired 2-star Rear Admiral, who started his military career specializing in Nuclear Power Submarines and was the Deputy Director of the Trident Missile Development and Director of Operations at the Defense Nuclear Agency. Besides his professional accomplishments, he was incredibly active in the Ward, advocating for Bay Woods, improvements at the Annapolis Maritime Museum Moyer Park campus, finding CRAB a home on Bembe Beach Road, and for protecting the Carrs Beach property next to Bay Woods. He will be missed.

I’m happy to report that all 6 of the budget amendments I proposed have passed and are currently included in the final budget, which we are set to take a final vote on tomorrow night. This includes money for the new crosswalk on Edgewood Rd near Yachtsman Way and tallwood Rd, enhancing the sidewalk through the Annapolis Maritime Museum’s Moyer Park campus, installing a new sidewalk on Bay Ridge Rd adjacent to the Shell gas station and running down the street past the nearby church towards Eastport, the elimination of PFAS chemicals from the fire Department (protecting the health of our firefighters and residents), and funding for a consultant to draft a city-wide electric mobility plan. 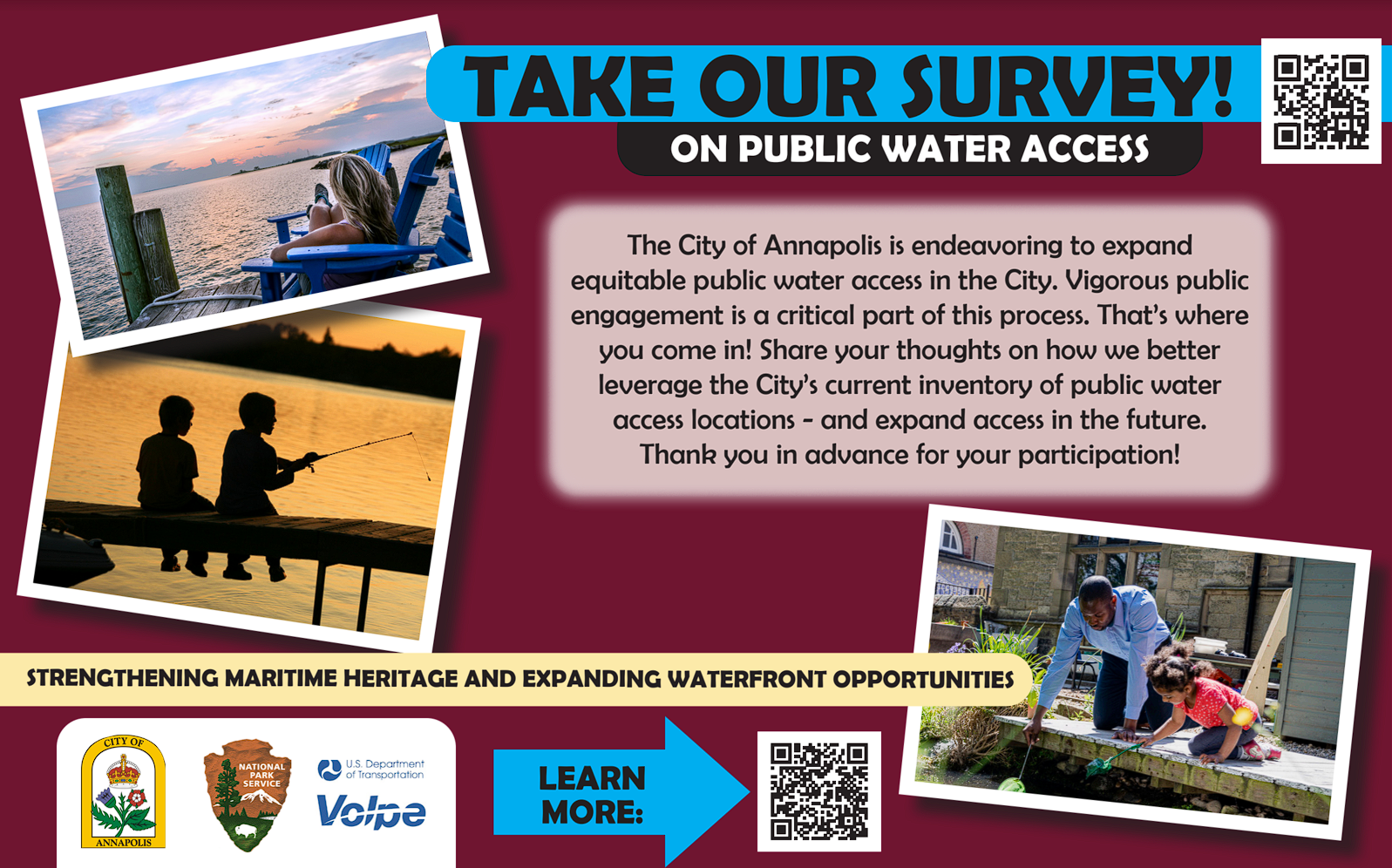 If you need to report a problem with your City services, such as pot holes or other street concerns, or sediment control/pollution issues, you can do so from the City’s website.