As you may have noticed in The Capital, at our last meeting we passed R-61-20 , the short-term rental license moratorium (for non-owner-occupied units), but it was amended to only last for 3 months. I’m also pleased to say that we passed R-17-20 , the annual performance standards, with my proposed amendments to create standards for our environmental programs.

Our next meeting will consist primary of public hearings on a few pieces of legislation. Read on to see if there is anything you would like to testify on.

I’m hoping to schedule a virtual town hall meeting for Ward 7 residents sometime in late February. I will see if we can get the Mayor and a representative from either the County Health Department or the City’s Emergency Management Department to participate as well. Once I get some dates from them, I’ll send out an invitation.

If you would like to submit or give public testimony, you can do so at http://www.annapolis.gov/testimony.

There is no legislation being introduced on first reader at this meeting.

We will likely be adding a legislative action section to this agenda so we can vote on R-1-21. I am appalled at the insurrection that we witnessed and hope that justice is sought for all that fomented or aided such a violent action. An attack on our democracy is an attack on all of us. The fact that this attack was based on absolute, proven lies, perpetuated by a sitting president, makes it even worse. 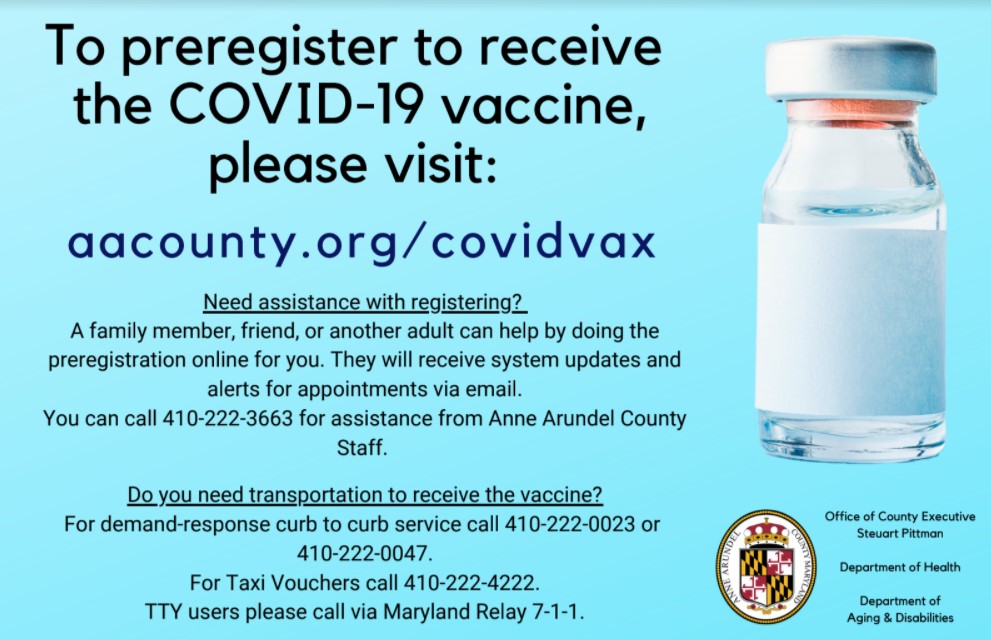 Anne Arundel County residents can get tested at no cost. No symptoms or doctor’s note required. If you develop symptoms, it is recommended to get tested within 48 hours. Appointments are preferred. For an appointment, call the COVID-19 Health Line at 410-222-7256.

The Health Department is regularly holding testing sites at 1 Harry S Truman Parkway on Monday - Friday from 9:00am - Noon,

For a full schedule of testing in Anne Arundel County next week, click HERE.

Celebrating 29 years of beautification in the City

(Annapolis, MD, January 8, 2021) — Annapolis Mayor Gavin Buckley and the City of Annapolis invite you to help make Maryland’s capital city a beautiful place during 2021. This year’s GreenScape will take place on Saturday, April 24.

GreenScape is a volunteer effort that encourages individuals and organizations to plant and maintain native flower and vegetable gardens in public spaces throughout the City of Annapolis. The City provides plant materials, mulch, and yard waste bags, and in turn, members of the community volunteer to make a difference in Annapolis.

Organizational meetings will be held virtually in 2021 as this year's program is different from years past. Meetings will be held at 6 p.m. on both Wednesday, February 3 and Wednesday, March 3. It is requested that all volunteers attend both meetings because important up-to-date information will be shared about GreenScape during each session. Please check the GreenScape web page and the Annapolis Recreation and Parks Facebook and Twitter accounts to find a direct link to the virtual meetings a few days prior to each scheduled meeting.